By the time you read this story, the Internet may be obsolete.

Okay, maybe not — but hey, anything’s possible. With technology evolving as quickly as it does, no one really knows what’s around the corner. The one thing that’s certain is the circle of life: Every time a new high-tech creation is born, something else dies as a result. Sometimes, the loss is a good thing — who wants busy signals or staticky TV, after all? — but other times, it’s a bit more bittersweet.

We’ve compiled a list of 40 activities being driven to extinction. Some are already long gone; others are currently in danger of disappearing. So join us for a spirited send-off. Just get moving already, pal — the Internet might be added to the list any minute now.

1. Heading to the arcade to play games

Once a favorite activity of geeks worldwide, heading to the arcade to play games began fading into the background of our social fabric in the mid-90s. While a small number of arcades still exists, the days of gamers lining up to toss quarters into Street Fighter or Mortal Kombat are largely over. It’s not hard to understand why: The advent of advanced gaming systems allows you to experience the same action at home, minus the dungeon-like lighting and lingering smell of flop-sweat.

2. Running out of hard drive space

With terabyte-sized drives now going for less than $70, hard drives aren’t exactly hard to come by anymore. Remember when 80MB seemed like a crowning achievement?

3. Getting a busy signal

Thanks to advances in voicemail and call-waiting technology, you just don’t hear that high-pitched “try again” tone too often these days. Unless, of course, you’re voting for American Idol or listening to Pink Floyd.

Between Google and the slew of social networks out there, it’s not hard to get to know a person before ever interacting with them. Hell, you might even get to know them intimately. Paging Vanessa Hudgens…

It may sound crazy, but a fella once had to be 18 to get his hands on indecent materials — either that, or have an easily bribable older brother. Not that I know anything about such matters.

6. Chatting with the SysOp

The SysOp — short for system administrator — was a figure of power from the late 70s into the early 90s. As the creator and overlord of the local bulletin board system (“BBS”), the SysOp watched over users dialing into his pre-Internet electronic communication system. He chatted with visitors, kept the system running smoothly, and occasionally hit the disconnect button when someone stayed logged in too long.

Once upon a time, people had to pay expensive per-minute fees for long distance. Then, the big bad cell phone came along and blew those charges into obscurity. The end.

When America flipped the switch to an all-digital broadcasting system this summer, it also effectively sent the fuzzy “white snow” to the graveyard. So long, annoying static. We always loathed you.

9. Hearing the sound of a modem connecting

How a single sound could be simultaneously grating and gratifying is a mystery man may never unlock. Jonesing for a fix? Try the 56K Modem Emulator.

Polaroid is planning to sell the last of its signature instant film at the end of this year. Thank God we have OutKast around to keep the memory alive.

11. Waiting to get photos developed

While film-based cameras aren’t completely gone, the instant satisfaction of the digital snapshot has certainly made them far less common. The image of Robin Williams in One Hour Photo, unfortunately, is not so easily erased.

12. Typing on a typewriter

The clickity-clackity sound of QWERTY has quieted over the years. Unless, that is, you’re the New York City Police Department, which reportedly just signed a $1 million typewriter-purchasing contract.

13. Tearing the holes off your printer paper

Born in the 70s, the dot matrix printer delivered low-quality printouts for nearly two full decades before inkjet technology offered a slightly less crappy alternative. The dot matrix printer will be remembered for its frequent paper jams, deafeningly loud part movement, and annoying tiny holes that had to be torn from the sides of its paper.

Fifty-seven channels and nothing on? More like 557 channels (and still nothing on). Try writing a catchy tune to that, Springsteen.

“Hi, you’ve reached the answering machine. I’m still around, but lots of people are opting to use dial-in voicemail instead of me. What a bunch of little…BEEP!”

Between Google and all the GPS in our lives (social networking shoe, anyone?), privacy is becoming a rare commodity in the connected world. Speaking of which, that’s a nice shirt you’re wearing today.

17. Making someone a real mix tape

Web sites like Mixtape.com and Songza may try to fill the void, but the art of laboring over a custom-made mix tape — as romanticized by John Cusack’s character in High Fidelity — has pretty much become a practice of the past. It’s a damn shame, too, because those things made great gifts for dates (and by “great,” I mean “incredibly cheap and easy to assemble”).

Affectionately dubbed “the nerd watch,” the calculator watch once served as a proudly worn badge of one’s amusement with mathematics. Now, we just have to rely on Star Trek knowledge to ascertain someone’s true geek quotient.

Those naughty 900 numbers may still exist, but cybersex and that always-scandalous sexting have stolen most of the spotlight from landline lovin’ these days. Lying about your appearance, after all, is far easier when you’re typing.

With everyone having his own cell phone, public phone booths are getting tougher to track down. Translation: Superman is screwed.

21. Dialing on a rotary phone

The ease of touchtone dialing has reduced the rotary phone to a novelty. Mimes, however, may never let the motion go.

22. Storing data on a floppy disk

A disk with 1.44MB worth of storage? Shyeah, right. The once-standard protocol for storing and transferring data seems puny by today’s file size standards. (And don’t even get started with the 5.25-inch variety.) With few new PCs even being built with floppy disk drives anymore, the era of the A: prompt is dwindling. As for the Zip drive, Iomega may still be saying it sells ’em — but is anyone buying it?

24. Typing on an old-school word processor

Let’s face it: Doogie Howser wouldn’t have been nearly as endearing had he typed his nightly journal on Microsoft Office 2010. But boy, does that plain blue-and-white screen just scream out “1991.”

25. Having your mobile phone attached to your car

I remember those early mobile phones that were actually installed into your car. What I can’t remember, though, is what important-looking Bluetooth-always-on-the-ear guy did to make himself look like an ass back then.

26. Putting in a videotape to watch a movie

Dearly beloved, we gather here today to mourn the passing of VHS. Older brother to the also-deceased Betamax, VHS gave us hours of videotape-watching enjoyment — and just as many hours of trying to adjust the blasted tracking knob to get a steady picture.

27. Holding up a lighter at a concert

A power ballad without a sea of lighters is like Twitter without a sea of social media experts: Something about it just doesn’t feel right. Sure, holding up illuminated cell phones might be safer — but even if the phones have virtual lighter apps installed, it simply isn’t the same. Just ask Bret Michaels, if he ever stops making those damn VH1 reality shows.

I’m not positive anyone actually ever did this, but it’s definitely obsolete now.

29. Knowing that proper grammar is a requirement

all our txting and IMing has made proper grammar seem kinda outdated, dont u thnk? heres hoping capitalization & punctuation make a comeback in emails & other writing. the gr8 gatsby probly wuld hv been way less gr8 if it wuz written like this. lol

30. Getting a new car with a cigarette lighter

Built-in cigarette lighters are losing steam among car manufacturers. If you smoke E-Cigs, though, you’ll still be fine.

31. Flipping on an incandescent light bulb

More and more nations are saying so long to the incandescent light bulb, opting instead to encourage the use of more eco-friendly alternatives. Cartoon characters getting “bright ideas” have yet to adapt.

32. Sitting in front of a CRT monitor

I won’t miss staring at the blurry, hard-to-read screens of the CRT monitor. I will miss, however, the dramatic effect of seeing one of those bad boys thrown from a third story window. Flatscreens just can’t compete in that regard.

33. Playing music on a cassette

You can try to rewind, but the life of the cassette is on its last legs. If anyone knows what to do with four boxes of late-80s and early-90s rock tapes, please advise.

34. Going to the local music store to check out CDs

Local music stores are becoming harder and harder to find. Here’s hoping the ones still around can manage to hang on — losing them would leave a cultural void that iTunes couldn’t quite fill.

35. Getting an AOL disk or CD in the mail 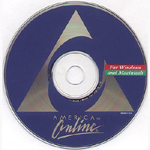 Ever wonder how many of those floppies and CDs AOL sent out over the years? You aren’t alone. But no one seems to know. The supply of AOL marketing material appeared endless up until the mailings finally stopped a few years back. People who devoted their time to collecting or shunning the discs haven’t figured out what to do with themselves since (nor have I figured out what I’m supposed to use for coasters now).

36. Looking up numbers in the phone book

Phone companies still hand them out, but the printed phone books have definitely seen better days. Between the Web and phone services such as GOOG-411, the flipping of actual pages seems antiquated to many tech-friendly families.

With even low-end printers now able to scan, copy, and possibly make toast, you just don’t see old-fashioned carbon copy paper around too often. And I doubt anyone’s complaining.

Why fax when you can attach? Especially with most documents now being created on computers, the facsimile may soon find itself on the endangered species list. Fear not, though, for PC Load Letter will always live on.

39. Rockin’ out with your boombox

Your iPod may look cool, but can you balance it on your shoulder and blare your funky beats at obnoxiously high volumes? Didn’t think so. The boombox — also known as the jambox, ghetto blaster, or jerkface apparatus — peaked in popularity during the 80s, when big hair and bad dancing were somehow considered cool. While more modern editions may now be on the market, the heyday of the boombox, thankfully, is behind us.

40. Interacting socially while giving someone your undivided attention

Oh, come on — talking without simultaneously texting or tweeting is so 2008.